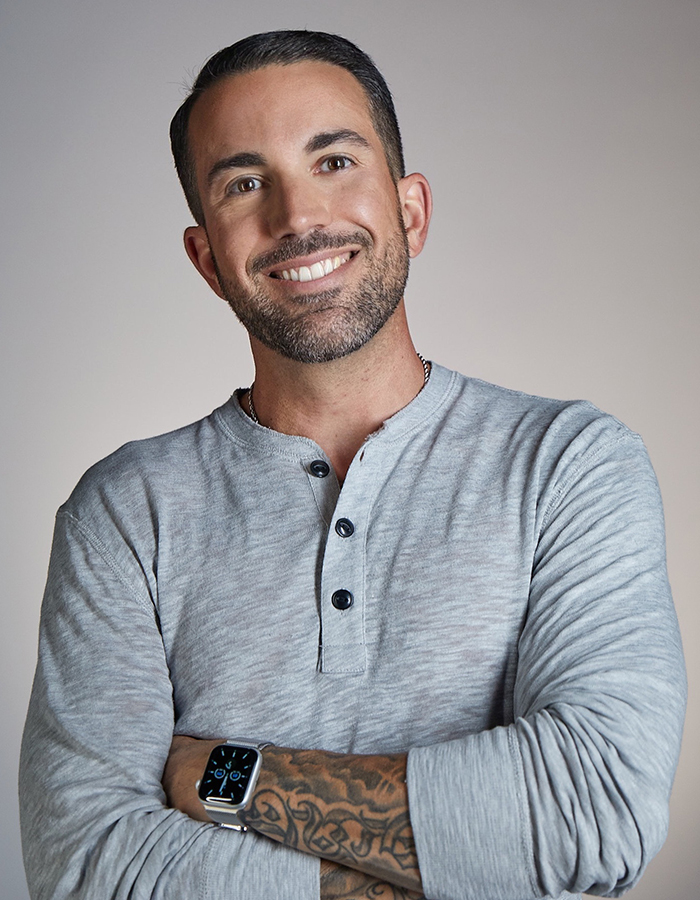 Jersey-born and California raised, Robert Sarzo Jr., has 26 years of experience in startup development, executive management, finance, nutrition supplement development, strategic marketing, and corporate acquisitions. Robert earned his BA in Business Marketing at the University of Southern California, along with a Minor degree in Nutritional Science. He then went on to receive his M.B.A from the University of Phoenix.

Throughout Robert’s career, he has created, launched, and managed Fortune 500 marketing campaigns to State and Federal political campaigns. He has produced event productions for companies including AEG Entertainment, Clear Channel, The Grammy Awards, American Music Awards, and Live Nation. Robert was the Founder of “SME” Sarzo Management Entertainment. In 2011, The Hollywood Reporter ranked S.M.E #7 Most Prestigious Entertainment Firms in Hollywood. Later that year, the company was acquired by Liberty Media Corp.

Robert pursues health and wellness in both his personal and professional life. An avid fitness guru, Robert has a daily fitness regime and pursues health and fitness in his personal and professional life. Robert has achieved many nutrition certifications. He has completed his ISSA Certified Fitness Trainer Certificate through the International Sports Science Association, and a Certified Organic Nutritionist through the Nutritional Education Institute. Robert decided to master his nutritional education by completing an additional 1000 clinical hours and graduating top of his class from W.V.O.C. Robert grew up playing baseball and played NCAA baseball as the shortstop for the USC Trojans. His interest in martial arts includes 24 years of Muay Thai fighting experience and a 2nd-degree black belt in Taekwondo. Robert also enjoys competing in B2V, Spartan Race and Tough Mudder.

Robert has gained success in a diversity of businesses. He has been a corporate franchise owner with brands GNC Heath Stores, Jamba Juice and also owned and managed 267 health food vending machines and 2 Eco-friendly laundry mats located in California, Florida and New York.

Philanthropy is an important part of Robert’s life. He devotes much of his free time helping non-profit organizations. He has raised more than $16 million in charitable contributions for 501(c)(3) nonprofits that support animal welfare, cancer research and mental health groups that assist in LA’s homeless population. He has been a motivational youth speaker and volunteer at The Barry Nidorf Juvenile Detention Center and the California Youth Authority. Robert was the Founder and Executive Director for “The YES Foundation” better known as Youth Education for Success, a California 501(c)(3). Robert was instrumental in creating The Say YES to Financial Literacy, a financial literacy program that was utilized by 27 LAUSD high schools throughout Southern California. The program is now in 5 other states and has helped well over 1 million California students. On December 22, 2015. Robert received the City of Los Angeles Certificate of Appreciation Award for his instrumental role with the Tom Bradley Family Source Center. With Robert’s ongoing dedication to helping others. Robert was personally invited to The Whitehouse; he was presented with The Prestigious President’s Volunteer Service Award by President Barack Obama. The very next year, Robert was awarded The Certificate of Recognition by Assembly Women Gloria Negrete McLeod 61st district for his ongoing dedication and efforts helping the homeless throughout the city of San Bernardino CA.

In 2016, Robert met with his best friend Jimmy LaBrie to discuss his next chapter in life. With both being successful entrepreneurs. They decided to partner on a journey with one thought in mind. FAMILY! Robert having 4 children and Jimmy having 5 sharing the same common issues, ADHA, ADD or auditory processing disorder. After 2 full years of non-stop R&D and countless formulations. They have successfully created a fully soluble proprietary blend of all natural ingredients that are now a full product line what is known today as Life Pack Organics.

“With God All Things Are Possible” MATTHEW 19:26